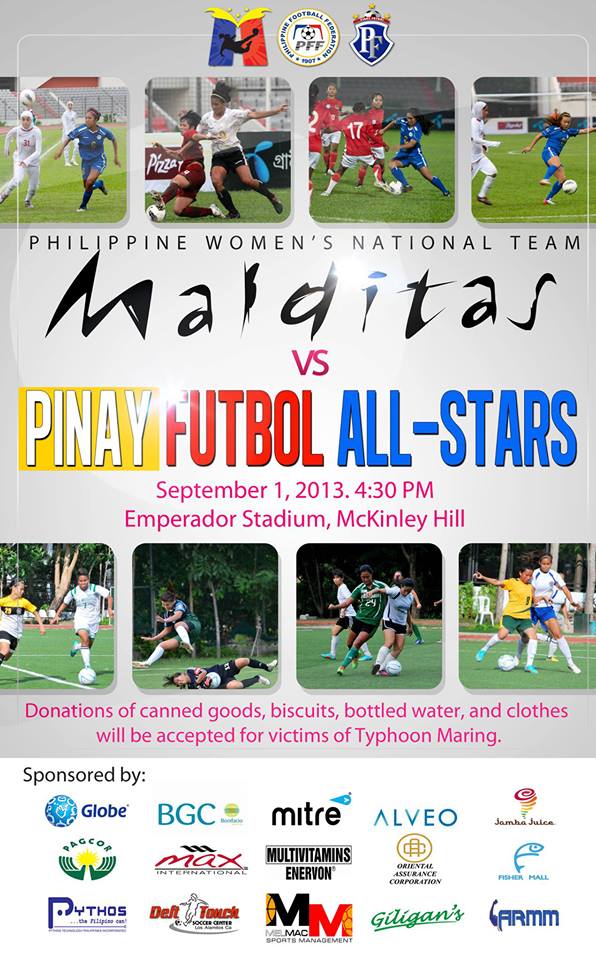 The Philippine women’s national team “Malditas” will be holding an exhibition match to benefit the victims of the recent calamities that hit the nation. They will square off against a selection of standouts gathered from the local clubs and collegiate teams. While admission is free, donations will be asked from the patrons and fans. 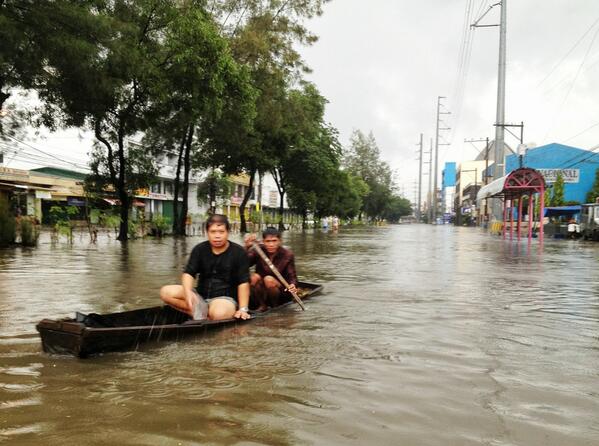 The Malditas recently reached their highest FIFA ranking ever, 75th out of 186 nations. Their most recent outing was finishing 2nd in the Asian Cup Qualifiers, first walloping Iran 9-0, then heartbrokenly lost to Thailand 0-1 (years before the Thais would easily massacre them for 9-0) then bounced back against Bangladesh with a 4-0 win to end the campaign.

Meanwhile, the players of the all-star team are fresh off the success of the inaguaral Pinay Futbol League, a competitive league consisting of nine teams, seven of which are university-based. The league hopes to revitalize the state of women’s football in the country and aims to organize more tournaments and competition in the future.

The game promises to be a good clash, which will showcase the best of Philippine women’s football. From the national team with members that have competitive experience in the United States, to the best players the schools and clubs in the Philippines have to offer.

The game will also serve as the Malditas’ final tuneup before heading out to Myanmar for the Asean Football Federation Women’s Championships where they are grouped with Japan U-23, Myanmar, Laos, and Indonesia. 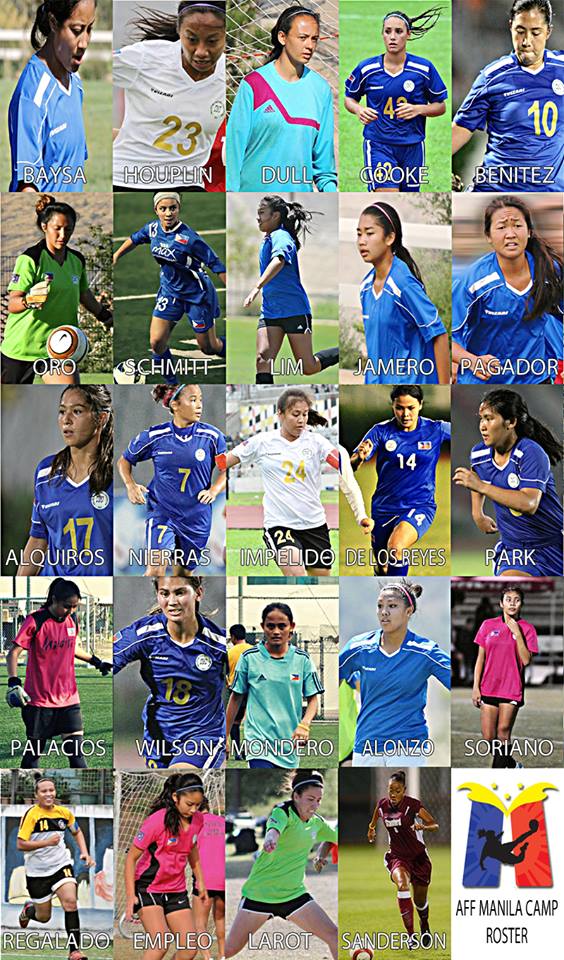 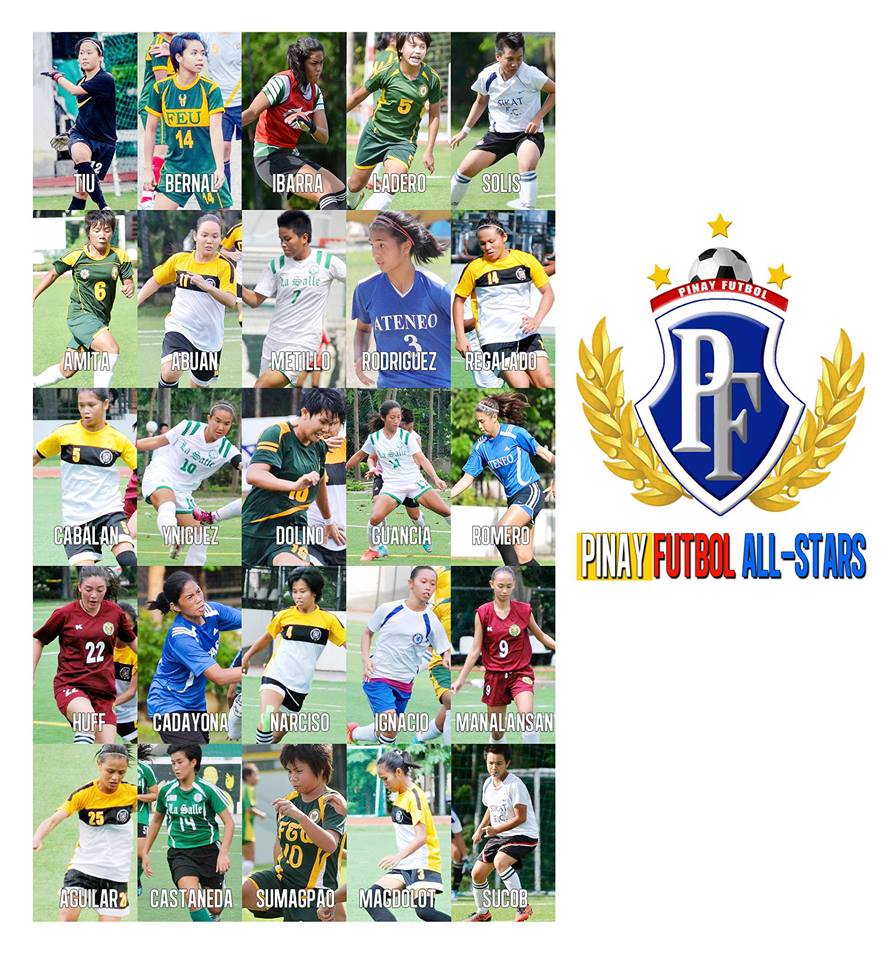 The match will take place on Sunday, September 1 at 4:30pm in the Emperador Stadium at McKinley Hills in Metro Manila.

UPDATE: The coach for the Malditas will be Ernest Nierras naturally, while the Pinay Futbol All-Stars will be coached by Scarlet Bautista, an assistant coach to the national team.

Big fan of Nadeshiko Japan followed by the French Les Bleues and Danish WNT. Big advocate of women’s sports. Doing all I can for the Philippine WNT and Philippine women’s football/Pinay Futbol!