Colo-colo is a Chilean women’s football club, based in Satiago city, Chile. The club was founded in September 30, 2007.They play their home matches at Estadio Monumental. The stadium has a maximum capacity of 47,000 people. They play in the First Division women’s football in Chile, founded in 2008, which is the pinnacle of women’s professional football in Chile. It is organized by the National Association of Professional Football (ANFP).They were second place in Libertadores Cup 2011. 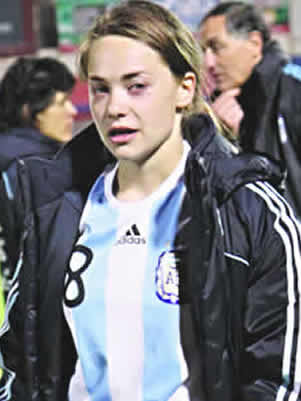 Estefania Banini Ruiz is an Argentinian footballer, known as the female version of Messi. She plays at the Colo-colo team and the Argentina-WNT.